Isn't it time to delete the bench press?

• anyone who does not conform to an established attitude, doctrine, or principle.

History has shown us that heretics who do not peddle the “known truths” or company line tend to meet considerable head winds.

• Galileo thought the sun was the center of the universe as opposed to the earth, which was the established truth at the time. He escaped being burned at the stake for heresy, but remained under house arrest for the rest of his life.

• Doctors Robin Warren and Barry Marshall presented research showing bacteria caused peptic ulcers and not spicy food and stress as the rest of the medical community believed. They encountered ridicule and opposition from colleagues for years until other heretics started verifying their results.

• Mike Boyle posited that doing back squats posed an unnecessary risky exercise compared to other alternatives. He encountered an Internet maelstrom not seen since Google announced it was indexing copyrighted books!

The German philosopher Arthur Schopenhauer said it best, “All truth goes through three steps. First, it is ridiculed. Second, it is violently opposed. Finally, it is accepted as self-evident.”

While the following will probably draw fire from strength coaches, athletes and “gym-rats,” it needs to be said: it’s time to hold down the control, alt and delete buttons on the bench press. 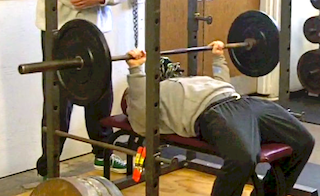 The bench press was invented in the 1960s when “odd lifting” clubs (the precursor to power lifting associations) whittled their repertoire of 42 exercises down to three: squat, dead-lift and bench press. The popularity of the bench press grew in the 1970s after the Olympic weightlifting program decided to remove the overhead press in order to focus on the snatch and clean and jerk lifts. Up to this point if you had asked a 14-25 year old male, “How much do you press?” The answer (inflated by 15 pounds) would have been with the understanding you were referring to the overhead press.

Contrast that with what Dr. Ken Kinankin had to say regarding the bench press in a T-Nation article, “… most individuals measure their strength, and perhaps their manhood, by how much weight they can bench press.” In the words of a famous poet from across the pond, “methinks they hold their manhood cheap.” Isn’t manhood about doing the right thing for the right reasons regardless of consequences?...Taking responsibility for your actions and those in your sphere of influence?... Keeping the wolves at bay? How did our young athletes psyche get warped by one exercise?

How does golfing have anything to do with bench-pressing?

Now imagine what happens to that golf ball sitting “securely” on the golf tee when Joe Bruiser pulls out his Big Bertha club and starts whacking away at it a-la bench pressing?

A study by Drs Provencher, Bell et al published in the American Journal of Sports Medicine reported the successful surgical repair of the shoulders of 19-25 year olds, due in part to, “Multiple traumas to the shoulder joint caused by repetitive injuries such as performing heavy bench pressing.”

What was the take-home message from a study published in the American Journal of Roentgenology? Bench-pressing heavy weights can contribute to labrum injuries, which increases 15 fold if you are also a football player!

Another study in the American Journal of Sports Medicine looked at both weight-lifters and power-lifters comparing injury rates and which musculoskeletal areas experience the most risk. Power-lifters were found to have a higher risk of reported shoulder injuries compared to Olympic weight-lifters.

A growing pattern has emerged in the sports medicine research, yet are you listening or repeating the mistake made by the medical community when they ostracized Drs Warren and Marshall for suggesting bacteria caused ulcers?

Notable strength and conditioning coach Eric Cressey, whose niche is training both future and current baseball stars, commented that he saw no direct association between a respectable bench press and throwing velocity among his pitchers.

Finally, what exactly is the carry-over and benefit of the bench press? When did the Specific Adaptations to Imposed Demands (S.A.I.D.) Principle get tossed out the window? If athletes need to train their nerves, muscles, joints, energy systems and equilibrium to the demands imposed on them by their sport, which sport are athletes preparing for when they lie on their back, arch it up like a viaduct, perform a valsalva maneuver and push towards the sky? Powerlifters excluded of course.

What are some alternatives that offer a better return on investment with less risk?

• Push-Ups. They require the core and glutes to resist lumbar extension and to stabilize the shoulder blades while they move along the rib cage. Push-Ups also requires basic foot-ankle and forearm-wrist flexibility. 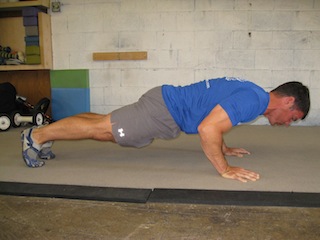 • Ring/TRX push-ups. These require higher levels of core activation for stabilization of the trunk and also allows the hands to be free to move in space further increasing shoulder stabilization and reducing stress on the shoulder joint by avoiding end-range internal rotation--hands can face each other. 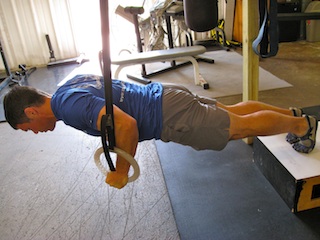 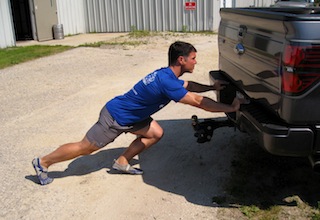 • Medicine Ball chest passes. What is the point of strength if it doesn’t translate into power? Rapidly accelerating a medicine ball towards a wall or partner generates a quick explosive movement which activate fast-twitch muscle fibers needed in the game of life. 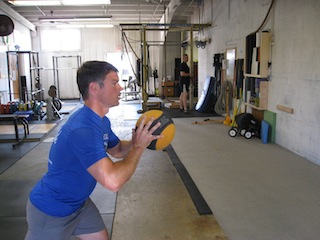 The examples given require contributions and integration of the lower extremities, core and upper extremities to perform the activities with control and finesse. Think back to the shoulder-golf ball metaphor. Imagine Joe Bruiser trying to hit the ball off of the tee, but now picture what happens when the grass (i.e., your core muscles) and dirt (i.e., your leg muscles) grow around the ball and tee and move it while J.B. tries to hit it!

Additionally, the athlete’s whole body benefits from working through movement patterns which come closer to the real world (i.e., S.A.I.D. Principle) and move away from isolated muscle routines which speaking anecdotally, increase visits to doctors and physical therapists.

Finally, if Dr Kinakin is correct and most athletes correlate their manhood with their strength in one exercise. Consider the improved sense of manhood the average athlete will get when he gets to answer the question, “How much can you press?” with a straight faced answer of, “A Ford F-150.”

Oops, you forgot something.

The words you entered did not match the given text. Please try again.